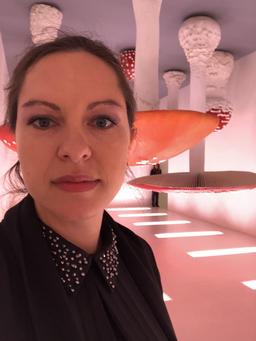 Jamie Richards is a literary translator, working primarily from the Italian, with occasional forays into Spanish, Greek, and German. Born and raised in suburban Los Angeles, she earned her BA in English from Scripps College, with a semester's study at Temple University, Rome, and went on to complete an MFA in literary translation at the University of Iowa and a PhD in comparative literature from the University of Oregon. She is the recipient of a 2021 NEA translation grant to translate the neglected Italian classic, Dolores Prato's Giù la piazza non c'è nessuno, which is still in the works, alongside a number of other projects.